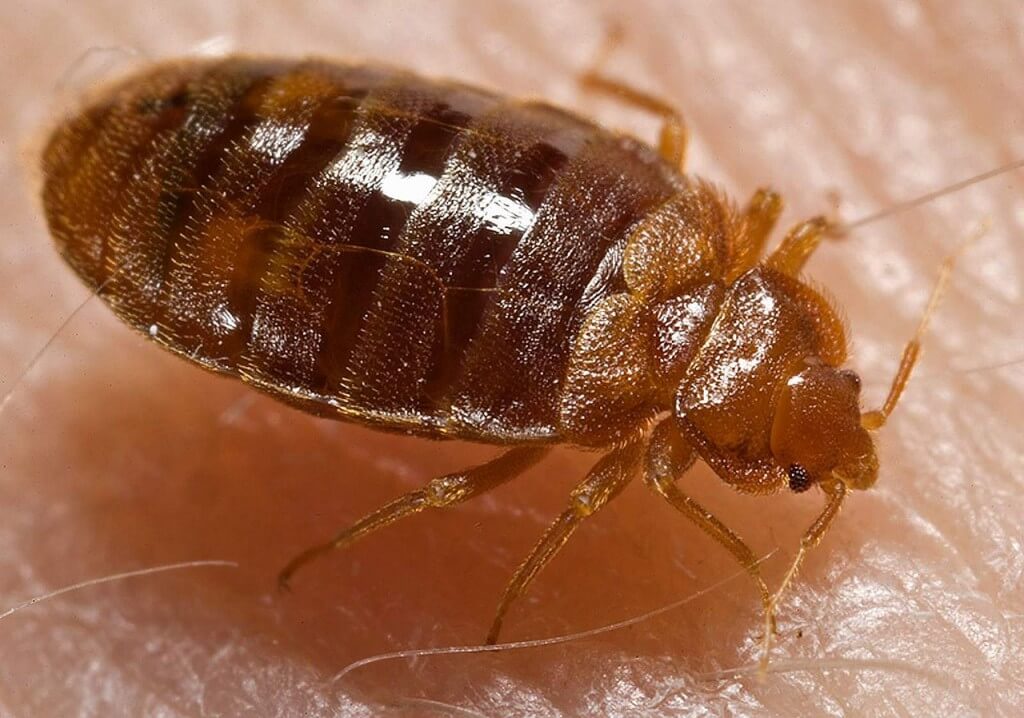 If you have Bed Bug pests in the Bristol area, we can help you identify the Bed Bug extermination or control your residential Bed Bug problem.

The Bed Bug around Bristol is becoming more common as people travel more. Bed bugs are often picked up during your stay on holiday or passing through heavy transit locations. These are places like, Hotels, bed and breakfast inns, hostels, on buses, trains, aeroplanes etc.

Fully grown bed bugs are small insects brown in colour and shield shaped. They are flat, oval and have the ability to climb furniture and vertical surfaces. Once infestation occurs they can be very difficult to remove as they live in walls, under floors and deep within crevices. Within 6 months a bed bug infestation can take over a small tenement block, forcing out most other insects.

What can we do to prevent or control your Bed Bug pest problem around your domestic home?

We will utilise the latest solutions for identifying and removing bed bugs from your home, that are safe to humans, babies, pregnant women and pets. This can often be done through a single visit from our bed bug insect specialist pest controller. But we will also provide information and tips to help prevent the return of the bed bug infestation.

Adult bed bugs are light brown to reddish-brown, flattened, oval-shaped and have no hind wings. The front wings are vestigial and reduced to pad-like structures. Bed bugs have segmented abdomens with microscopic hairs that give them a banded appearance. Adults grow to 4–5 millimetres (0.16–0.20 in) long and 1.5–3 millimetres (0.059–0.118 in) wide.

Newly hatched nymphs are translucent, lighter in colour and become browner as they moult and reach maturity. A bed bug nymph of any age that has just consumed a blood meal has a bright red translucent abdomen, fading to brown over the next several hours, and to opaque black within two days as the insect digests its meal. Bed bugs may be mistaken for other insects, such as book lice, small cockroaches, or carpet beetles; however, when warm and active their movements are more ant-like and, like most other true bugs, they emit a characteristic disagreeable odour when crushed.

A number of adverse health effects may result from bed bug bites, including skin rashes, psychological effects, and allergic symptoms. They are not known to transmit any pathogens as disease vectors. Certain signs and symptoms suggest the presence of bed bugs; finding the insects confirms the diagnosis.

They can be infected by at least 28 human pathogens, but no study has clearly found that the insect can transmit the pathogen to a human being. Bed bug bites or cimicosis may lead to a range of skin manifestations from no visible effects to prominent blisters.

Bed bugs have been known as human parasites for thousands of years. At a point in the early 1940s, they were mostly eradicated in the developed world, but have increased in prevalence since 1995, likely due to pesticide resistance. Because infestation of human habitats has been on the increase, bed bug bites and related conditions have been on the rise as well.

Dwellings can become infested with bed bugs in a variety of ways, such as:

Bed bugs are elusive and usually nocturnal (peak activity usually occurs between 10:00 p.m. - 6:00 a.m.), which can make their detection difficult. They often lodge in dark crevices, and the tiny adhesive eggs can be nestled by the hundreds in fabric seams. Aside from bite symptoms, signs include fecal spots (small dark sand-like droppings that occur in patches around and especially beneath nests), blood smears on sheets (re-wetted fecal spots smear like fresh blood), and the presence of their empty moulted exoskeletons; Bed bugs can also be detected by their characteristic smell of rotting raspberries.

Eradication of bed bugs frequently requires a combination of non pesticide approaches and the occasional use of pesticides.

Mechanical approaches, such as vacuuming up the insects and heat treating or wrapping mattresses, are effective. A combination of heat and drying treatments is most effective. An hour at a temperature of 45 °C (113 °F) or over, or two hours at less than −17 °C (1 °F) kills them; a domestic clothes drier or steam kills bedbugs. Starving them is difficult as they can survive without eating for 100 to 300 days, depending on temperature. For public health reasons, individuals are encouraged to call a professional pest control service to eradicate bed bugs in a home, rather than attempting to do it themselves, particularly if they live in a multi-family building.

As of 2012 there were no really effective pesticides available. Pesticides that have historically been found effective include pyrethroids, dichlorvos and malathion. Resistance to pesticides has increased significantly over time, and harm to health from their use is of concern. The carbamate insecticide propoxur is highly toxic to bed bugs, but it has potential toxicity to children exposed to it, and the US Environmental Protection Agency (EPA) has been reluctant to approve it for indoor use. Boric acid, occasionally applied as a safe indoor insecticide, is not effective against bed bugs because they do not groom. The fungus Beauveria bassiana is being researched as of 2012 for its ability to control bed bugs.